This online Knowledge Sharing Program was hosted by the Overseas Construction Supporting Division of the Ministry of Land, Infrastructure and Transport (MOLIT) as a measure to share Korea’s successful development experience with high-ranking officials of developing countries. To that end, HUG, a sole housing guarantor in Korea, provided the online training program to the Malaysian government officials under the topic of ‘Introduction of Korea’s Guarantee for Housing Completion System.’

Officials from Malaysian government who have recognized the necessity of a large-scale housing supply have shown their keen interest in introducing Korea’s housing guarantee system to cope with the issue of housing shortage, and safeguard home buyers’ asset. In addition, HUG has already concluded an MOU with the REHDA (Real Estate & Housing Developers' Association) for the knowledge transfer of Korea’s guarantee for housing completion system.

A number of high-level participants including Mr. Mas Rizal bin Mohd Hilmi, Undersecretary of Housing Planning Division of the Ministry of Housing and Local Government, and working-level officials joined this one-week seminar, reflecting their high interest in the pre-sale housing guarantee system.

Based on the last year’s successful experience in knowledge sharing with the high-ranking officials of the Indonesian government, this year’s program went through online.

On the first day of work plan seminar, the Director of Housing Urban Finance Institute of HUG introduced Korea’s Guarantee for Housing Completion System and shared experiences in operating the system HUG has accumulated for the past 30 years. In the meantime, officials from Malaysia presented the current status of the local housing market and challenges they are facing, and discussed the housing policy directions of two countries.

From the Day 2 to 4, HUG provided video lectures encompassing the whole process of the guarantee for housing completion system as well as videos introducing one of the HUG branch offices in which guarantees are issued and project sites where construction has been in progress with the guarantee issued by HUG. On the Day 5, a completion ceremony and live Q&A session took place.

President of HUG, Mr. Hyoung Tack Kwon, said he hoped that this Knowledge Sharing Program for the high-ranking government officials of Malaysia would contribute to the housing policy development in Malaysia. HUG will continue its effort to share its experiences with other countries, he added. 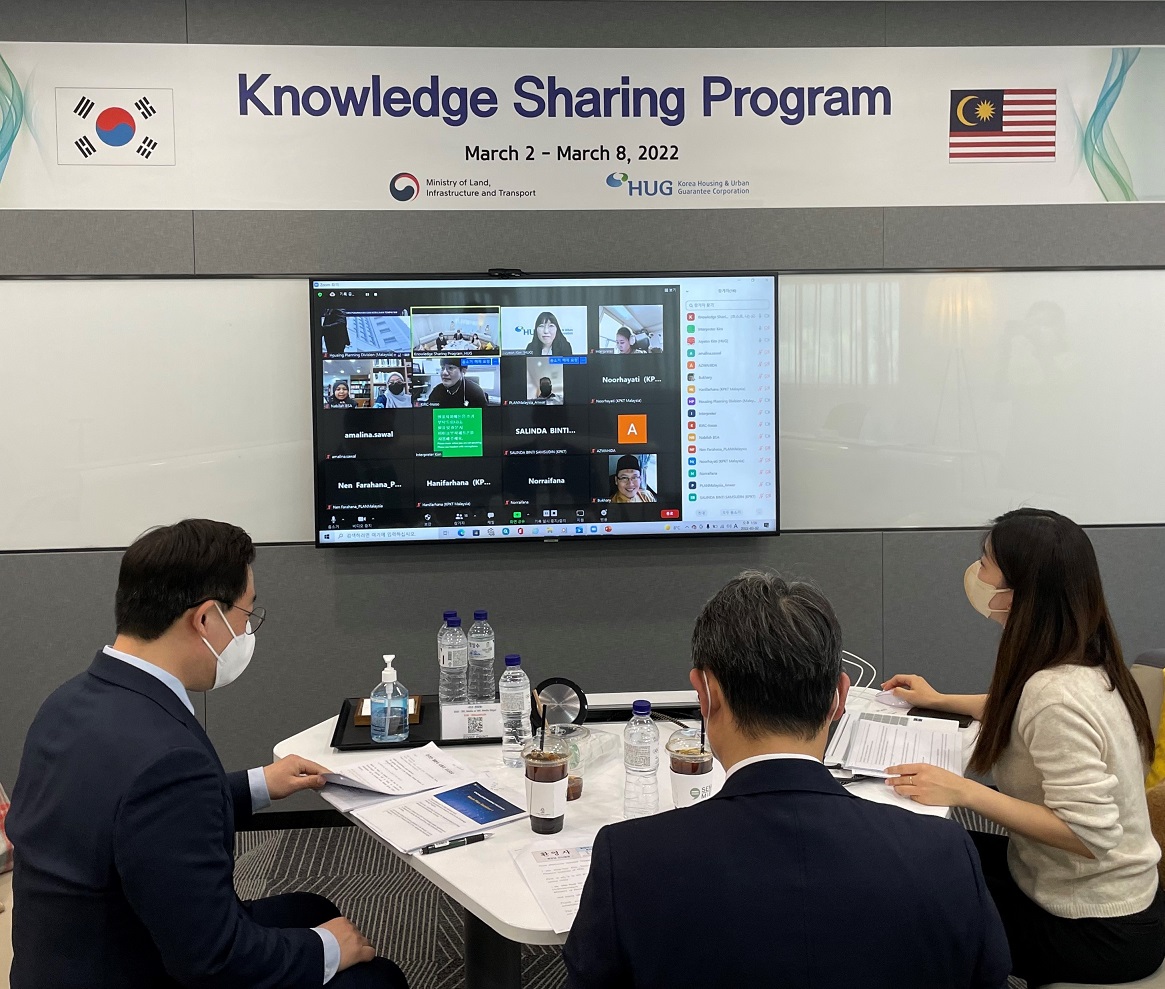